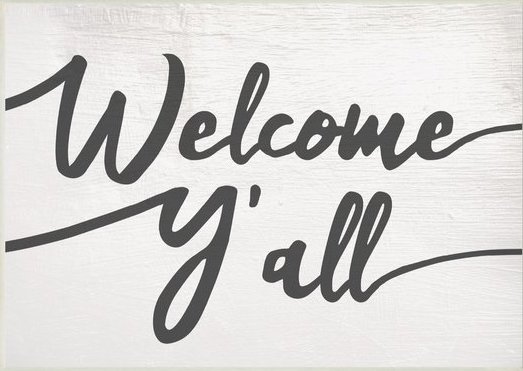 Across America, it’s becoming increasingly common to hear the use of the Southern contraction “Y’all,” a linguistic fusion of the words “you” and “all.”

It may be partly because of the spread of Southern influence nationwide, but it also fills an important need in the English language, said Southern linguist Thomas Nunnally.

“It’s being adopted all over the country, because it needs to be,” said Nunnally, a retired professor of linguistics at Auburn University who spoke at Samford University on Thursday. Nunnally is editor and co-author of “Speaking of Alabama: The History, Diversity, Function and Change of Language,” published by the University of Alabama Press.

Linguists have noted that “y’all” addresses a gap in the English language left behind by the disappearance of the pronoun “ye,” the second person plural form of the pronoun “thou,” both of which have become stilted, archaic and fallen out of use.

The English language now generally uses the pronoun “you” to function as both singular and plural.

Regional adaptations include “youse” or “Youse guys” in the Northeast; “yunz” or “yinz” in Pittsburgh; the Midwestern “You’nes” a contraction of “you-ones,” or the upper Southern “You all.”

The phrase “you guys” fills the function, but can be seen as uncomfortable because of the masculine word guys.

Nunnally recalls he and his wife being addressed as “you guys,” and he took exception.

Other variations seem to Southern ears to be inadequate.

But the spread of “y’all” shows its appeal and functionality.

“Y’all does it nicely and concisely,” Nunnally said.

“Y’all” is also part of Africa-American Vernacular English, which derives from black language in the South, so musical artists in rap, hip-hop and the larger entertainment culture can play a role in helping its spread.

“Y’all” can also be used in addressing one person, to politely include others, such as in the phrase, “How y’all doing?”