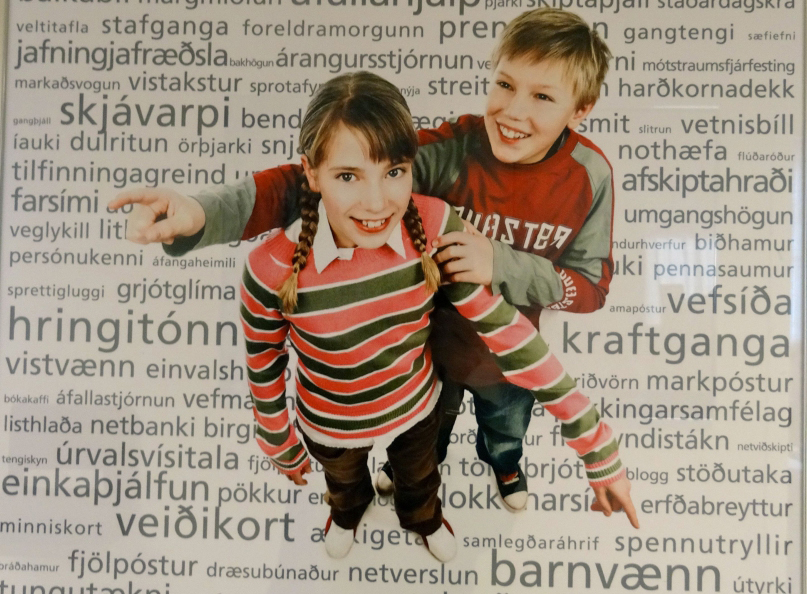 As a lover of the Germanic languages and having had the chance to learn some German and Swedish, I’ve always been curious about Icelandic, the language of the North Atlandic island discovered and populated in the 7th century by Norsemen from different points of Scandinavia, most notably Flóki Vilgerðarson, one of the main characters of the TV show Vikings.

With roughly 560.000 native speakers, the good health of the Icelandic language is in charge of Ari Páll Krinstinsson, head of the Ari Magnússon institute for Icelandic studies. Some people fear that, due to the low demography, Icelandic will die out soon. Jón Gnarr, the comedian who became the mayor of Rejkjavik, was quoted on The World in Words in 2015: “I think Icelandic is not going to last. Probably in this century we will adopt English as our language. I think it’s unavoidable”. Ari Magnússon also has the same fears: “English is everywhere, from the moment we wake up untill we die”. The language is also closely linked to the feeling of Iceland as a nation: “If we lost the Icelandic language there will be no Icelandic nation”, said poet Krinstinsson, a feelilng shared by speakers of many minority languages.

Icelandinc (islenska) stands out among Scandinavian languages for being the closest to Old Norse, the speech of the Vikings. True, also Danish, Faroese, Norwegian, and Swedish, derive from Old Norse, but due to geogrgaphical isolation Icelandic has retained lots of features of their ancestor’s speech, to the extent that Old Norse is also known among the linguistics community as “Old Icelandic” (even though, technically, Old Icelandic should be synonym with Old West Norse). The conservation of the language means that modern Icelanders are able to read the Eddas, the Sagas, and other classic Old Norse literary works created in the Viking period between the 10th and the 13th centuries.

It is funny to think that modern Icelandic could be mutually intelligible with a language spoken so many centuries ago (at least partially, because although the written language remains quite close, the pronunciation is not the same), but it is no longer so with the other contemporary Scandinavian languages, not even with it’s closest relative, Faroese.

The main difference between Icelandic and the other Scandinavian languages is that Icelandic keeps many grammatical features of other ancient Germanic languages, most notably the inflection system. While Norwegian, Danish, and Swedish have lost their inflections, Icelandic retains four cases: nominative, accusative, dative, and genitive. Also, like Old English or modern German, nouns have 3 grammatical genders: masculine, feminine, and neuter.

Icelandic has also retained with old letters that used to be used to write Old English and Old Norse, but that the other Germanic languages have dropped: Þ, þ (þorn, modern English “thorn”) and Ð, ð (eð, anglicised as “eth” or “edh”), representing interdental voiceless and voiced fricatives, both represented in English as “th” (thin and this, respectively).